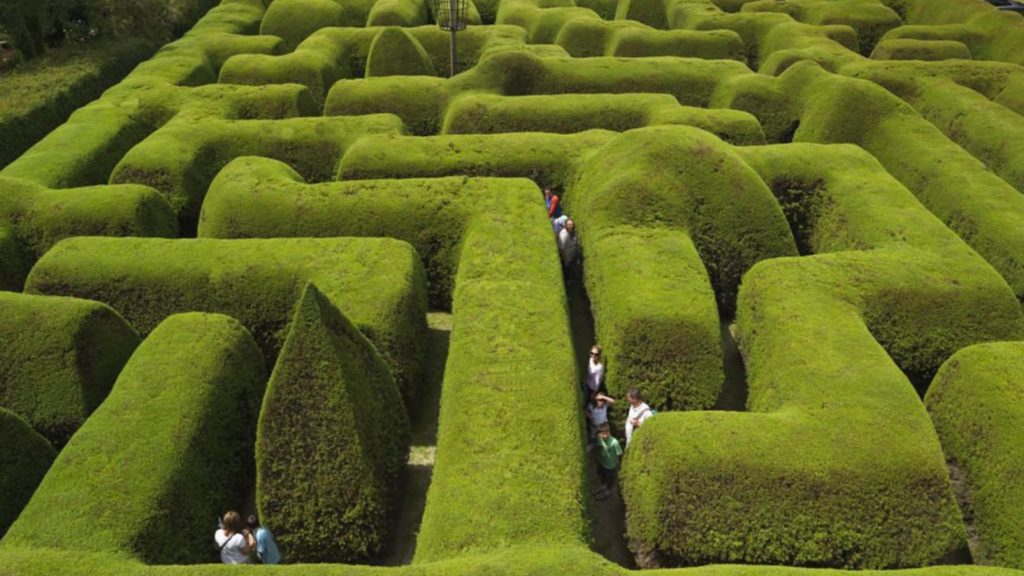 He stood there with his son in front of the grand entrance of the last level; he knew he will have to do this, everyone had to. It was the custom from times immemorial; everyone in his world had to pass through this. Very few of them were able to escape from this but even then people claimed that by ditching this level they have missed so much in their life which is invaluable; so either way there was no way out. There were several legends which talked about great people who had completed this task with flying colors, but most of the people whom he knew had failed at this.

The first level was not the difficult part, it was this one. In the first level, he didn’t do much; all he did was to worry about himself, enjoy his life with small responsibilities on his shoulders, learn new things, experiment, make mistakes, learn from those mistakes and prepare himself for the final test which stood before his eyes today. He used to get second chances in his first level for almost every blunder that he committed but here he cannot afford to make any mistake; because his son might have to face the consequences of his doing and he never wanted that. No parent ever wants that!

He was happy for his son who will start his first level soon enough and he had ensured with everything he had that his son makes only beautiful memories all throughout his journey, he wanted his son to have all the amazing experiences without any hurdles or difficulties on his path which he had to face during his times.

He was not wrong to wish all the good things for his kid, every parent wanted the best for his child but he was forgetting one thing, blinded by his love for his child, that without any hurdles in his child’s way how will he prepare himself for his final test; how will his son learn from the mistakes he makes, how will he know that the next level is not going to be like this. But apparently, he had thought of a solution to this problem also. He had a great plan in his head which will ensure his son’s well-being completely.

It was time to enter now; he parted his ways with his son to stand in the entrance queue formed at the entrance. He was not worried; he will still get to see his son, just not all the time.

By the time he will be done with this final level, his son will done with his first one and then it will be his turn to complete his final test through this grand maze. It was an unending circle; that is how the traditions and customs worked in his world where he lived.

He was standing in the queue waiting for his turn to enter. Meticulously calculating his well-structured plan in his head, innumerable times; fool-proofing it every single time; he missed all the important instructions being given by the Master.

His chance came and he entered and started his biggest adventure. This level of the maze was very vast; it had a grandeur to itself that was stunning to witness. It offered so much more, much more than what the previous level did.

There were numerous phases some were beautiful, some were not and others were downright difficult and harsh. All these phases comprised of multiple hurdles which were not so easy to overcome but were oddly satisfying for his soul. Every task came with risk; but greater the risk much greater was its reward. The maze wasn’t simply just about these tasks, hurdles and responsibilities; it was so much more than that. It entailed few of greatest, most beautiful and satisfying experiences which were literally to die for; it had phases which were fun, entertaining and filled with genuine happiness and if someone played his card right, then he had the power to unlock the various opportunities which were magical.

All this would have been possible for him also, only if he had listened carefully to the instructions given by the Master in the beginning. Then he would have remembered to enjoy this once in a lifetime opportunity which offered so much to him, more than what he could ever ask for. But he was busy with his plan; executing it perfectly so that his son will not face any difficulty when he came to this level.

All throughout his journey he didn’t pay any attention to his surroundings, didn’t waste time by enjoying the ‘fun & happiness’ only segments, did not waste anytime time to look for the magical dimension, did not even try to appreciate the beauty which the place held, not once he tried to experience the peace and tranquility which the maze provided. He did not even try to soak in the serenity of the amazing soft wind which blew past him only to soothe his pains.

He started with completing all the hurdles, all the tasks even the ones which were unnecessary and held no importance; he completed all of them. One by one, he waded through the pool of harsh and difficult terrains without any rest, it showed on his face. He hoarded everything he found, took everything he could; all for his son. He took risks which were not worth taking, he completed hurdles which were mere stupidity and not something to cherish. Not once he stopped on his way to enjoy the littlest of the perks. He went to great lengths, all under the assumption that if only he could complete all the tasks and hurdles then there will nothing left for his son to face. This was his marvelous, well thought-out plan!

If only he could have listened to the Master, only if he could have remembered to take it easy; he would have done wonders. He had great potential but it was a waste now. He turned what could have been his most beautiful experience into his worst nightmare; all for his son.

His journey, like everything else, came to an end. He was not the man who had once entered this maze with great zeal and hopes, he looked much old now weighed down by the treasures he had hoarded, tired by the unnecessary difficulties he had faced. He had almost forgotten what true happiness was but he was satisfied with what he had achieved; he was content by the thought that his son will not have to face anything now. The treasures and artifacts that he had collected were going to be enough for his son’s entire lifetime and he had removed each and every hurdle present in the paths of the maze.

It was now his turn to exit, he was just about to move out when the Master stopped him. Half of his satisfaction was gone because he can’t take anything with him; still he pacified himself to remain positive as he had cleared almost every hurdle for his son. Nothing but good experiences, fun getaways, peace and tranquility remained inside that maze now; his son will get to experience everything.

He stood there with his son, waiting for the maze to reveal itself; it was his son’s turn now to pass the second level of the maze. It was the most awaited moment of his life because this was the time when all his hard-work, all the difficulties faced by him during his visit would be paid. Now his son could reap what he sow. He was almost ecstatic to think about the endless opportunities his son would have. It was the day when his hard-work’s exceptional result would be seen and appreciated by the world and the Master himself.

Finally, the wait was over and something started taking shape in front of his eyes. He assumed that he will recognize it, once he saw it; he assumed it to be the same as before. But when he saw what stood before his eyes, he was shocked beyond his senses. It was not what he had imagined; everything had changed completely, drastically. He couldn’t believe his eyes; the empty feeling in the pit of his stomach grew. Suddenly, he did not feel alright; his heart was sinking by just thinking that all his hard-work, all his troubles might have been in vain. He desperately wanted his plan to work otherwise he will be a failure just like the rest.

But he did not lose hope; he stayed strong and called out to the Master. He was confident about his plan; he had executed everything perfectly. He sat on his knees and waited for the Master. 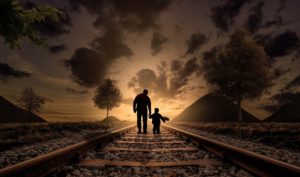 The master draped in bright royal blue costume appeared out of the thin air to relieve him out of his misery.

“What happened, dear? Is there something wrong?” Master inquired with disappointment written all over his face.

“Greetings my Lord, has the maze changed completely?” he asked, his voice laced with so many hopes and dreams. He was both scared and hopeful at the same time; the emotions he felt now were beyond comprehension. His heart was just dangling by a single thin thread in the empty pits of his soul. He waited patiently for the Master to answer.

“Yes, it has. It always does.” Master replied.

Akanksha Singh is the Fiction Editor of the newly launched magazine The Finest Example. She identifies herself as an avid reader and a passionate writer. She has completed her MS in Life Sciences but currently, she is looking to establish herself as a writer. She shares most of her work on her blog, My Bubble, but a few of her stories have been published in Active Muse and other magazines. She loves travelling and you probably can bribe her with good food!