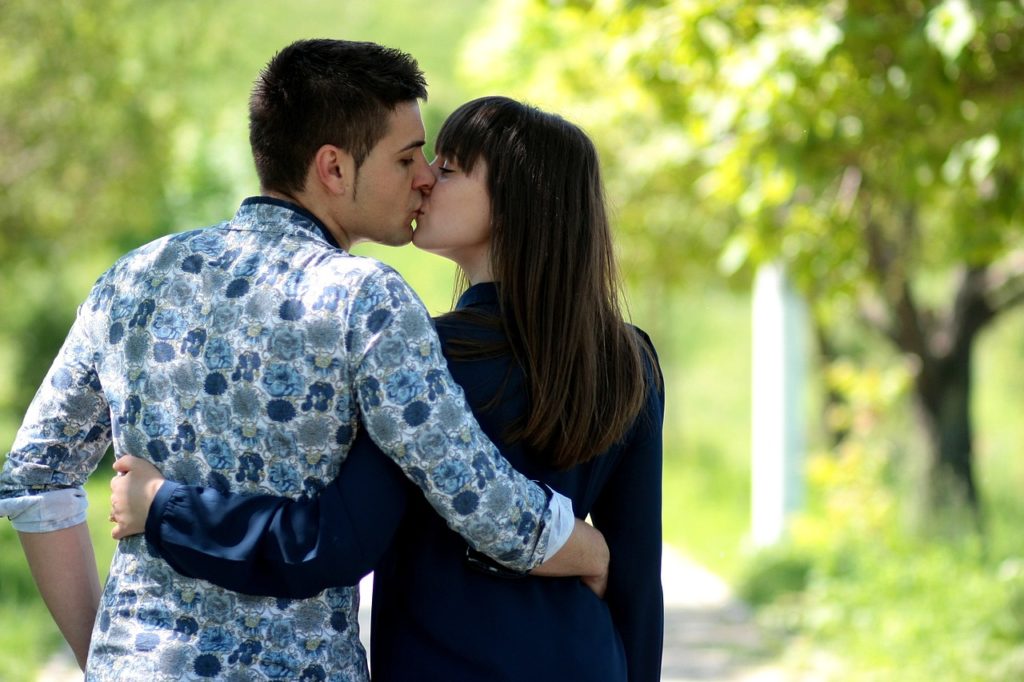 Seventh Day of June – The Day we Met

Sarika was on her way from office in train. It was a one-hour long journey back to home. Her face was glowing, and she looked fresh as ever despite a day’s work. Her friend was texting her on WhatsApp which kept her glued to the phone. 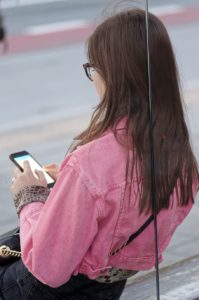 “Hey, coming to Mumbai for few days”
“Hmm”
“Hey dear are you not happy to see me. We will meet”
“Yea”
“Aren’t you in Singapore now”
“Ya honey but my heart in Mumbai”
“Don’t try to be overly romantic. Anyway, you are far away”
“Ha ha.. For you I can fly anytime”

Sarika had got to know her childhood friend through Facebook after 15 long years. Last time they met was during her college days. As Sarika paused, her friend kept texting –

“Hey where you disappear? I wanna kiss your lips”
Sarika smiled. Sends in her live pic
“Wow so lovely, shall I kiss?” “Those lips can bite?”

She was giggling as her fingers moved rapidly texting and replying
“I am coming to Mumbai next week. Be ready for the day we meet”
“When you say we gonna meet, I get scared.”
“Why Sarika?”
“First time meeting someone I know before marriage”
“Ha ya exciting isn’t it?”
“Yea”
“How is your husband”
“He is ok”
“Delete chats remember”
“Hmm”

Sarika looked around. Her destination was ten minutes away. She felt how better it would be if the train took much longer to reach.
“I am booking flight for 6th June. Shall we meet on 7th?”
“Ok”
“Where shall we meet”
“Wherever you say.”
“Everything I have to decide”
Sarika giggled and she texted back
“You are NRI. I am localite!”
“Ha ha”
“Let’s keep it formal”
“Formal! Means….?”
“First We will greet each other. We are meeting after such long time. It’s a different feeling meeting someone before marriage” 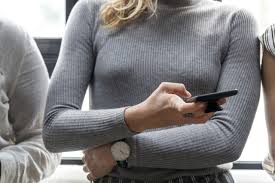 “I will greet you with a kiss”
“Awwww”
“What happened”
“You will kiss me before everyone!”
“Naa inside the room”
“Room!”
“I will book a hotel near Airport. Is it ok?”
Sarikas face turned red.
“Whatever! as you say”
“I am blocking on 7th”
“Feeling excited”
“For what”
“The day we meet.. Hope nothing should be blocking us”
“Nothing will block. Not even a small piece”
“You naughty! I am set to go. Bye.”
“Remember to delete chats”
“Bye”
The chats got deleted.

Sumit’s hands were trembling. 15 years had passed but they were just bound by a thread of Hindu marriage. They could not have a child as doctors found a problem with him. He was by nature an introvert, but his feeling of insecurity was pushing him and making him feel lonely. His relationship with Sarika kept dragging as they kept busy with their work schedules. He installed a clone app in his mobile to monitor his wife’s phone chats and kept following every day.

Sumit confided only with his best friend Kirit whose character was poles apart from him. Kirit belonged to the Mafia and was a friend of his since childhood and stood by him at all times. When he confided with Kirit about the chats Kirit chided him for spying on his wife.

Sumit cringed to think of June 7 which was a week away. Every second he could feel Sarika being touched by her NRI friend. Kirit tried to calm him down and said that nothing of that sort will happen and he will check on her friend and won’t allow anything to happen.

Kirit also advised Sumit to bring some gift for his wife as a surprise to give on June 7 night as Kirit thought his relationship with Sarika was getting too brittle. Kirit also uninstalled the clone app from Sumit’s phone.

He was stunned to see this from Kirit. How can he think of gifting Sarika for what she was going to do? But Sumit never turned down Kirit as he trusted him. “Look you have got to listen to me. Please don’t call me from June 5 onwards. I will take care of that NRI friend. Don’t forget to gift Sarika that night. And please try to forget everything that happened. I will call you back when I think it’s right. Till then do as I say and wait for my call.”

Sumit was finding it uneasy. He was feeling uneasy looking for gifts for his wife even when knowing that she was cheating on him. He trusted Kirit. He bought a gold ring for his wife and was ready with the lines that Kirit suggested him to say. 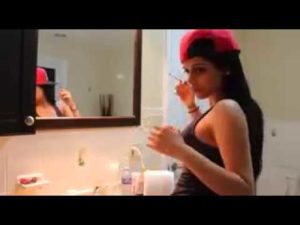 The day finally arrived. He kept watching his wife as she was preparing to leave.
Sarika asked, “Aren’t you leaving for office. You are getting late?”
“Where are you going” Sumit asked back.
“Why, as usual to office.”
“You are looking very beautiful today” he retorted. She smiled and proceeded ahead.

He too followed suit. He made his way to work slowly. Numerous thoughts clouded his mind. He also checked the gift he was supposed to give Sarika that night.
It made him remember the days after they got engaged when he would make all kinds of excuses to see her and kept her amused.

He did not have lunch that day.
He felt like rushing over there and smashing that guy to pieces. Sumit remembered Kirits advice to him each time his emotions went out of control. He could not stay in office longer and went for home early. He put the air condition on, switched on the TV and went blank. 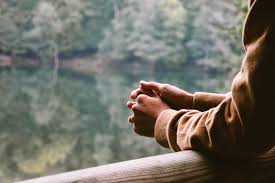 He lost count of the time that passed by. Around 2230 hours the bell rang. It should be Sarika.
Sumit sheepishly got up and in came his wife.
She looked exhausted.

“Hey what happened. Did you eat something. My mobile battery got drained. I could not contact you and say that I am getting late.” Sarika kept saying.
He just kept remembering what Kirit told to calm himself down and hugged her.
Like a seasoned actor he said out the lines as told by Kirit and popped out the gift.
A visibly tired looking Sarika beamed at seeing the unexpected gift and unwrapped it with care.
She kissed him and went to the kitchen and prepared some juice for him.
He made all the right expressions even as his mind was blank.
She quickly had a shower and they went to bed together. He pushed himself on over her and let loose all his bottled emotions having sex with Sarika.

Next day Sarika was standing near the balcony mulling over her earlier day. Her friend had kept it a surprise and had told her to wait near the garden adjacent to the Airport. He did not mention the name of the Hotel from where he was coming to pick her up. She waited and waited, called him and texted him but he did not turn up. Right till evening she tried to contact him. Sarika was feeling angry. She did not expect to be treated this way.

She could hear her husband coughing. He was feeling very weak as he had not eaten anything the earlier day.

“Hey are you feeling ok.” She asked caressing his hair.
“Just a little bit tired.”
“Please stay at home today. We will spend time together”. Sarika kissed him and went towards the kitchen to make coffee for him.

Sumit was feeling slightly better. She cooked some great food and they had a great day together. He got a call from Kirit in evening.
“Hey where are you?” He queried. There was a slight anger in his voice.
“Dear friend. You keep worrying for nothing. I was following Sarika. She did meet her friend in a cafe. They chatted for hours. It seems he had a return flight to board. Sarika is very nice. You keep your imaginations in check.”

“But what about those chats?”
“Like men women too like naughty chats.”
Sumit felt relieved and kept his phone down.
Kirit smiled and felt happy for a job well done.

Kirits henchmen just happened to call him. They had cut Sarikas NRI friend to pieces and dumped the body deep into the mangrove forests. 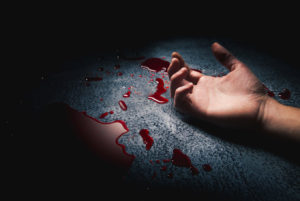 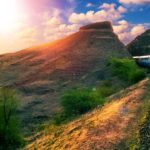 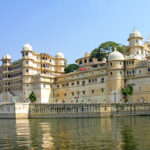 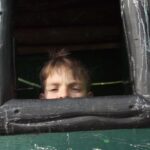 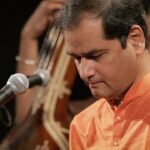 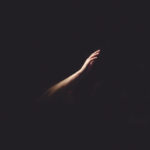