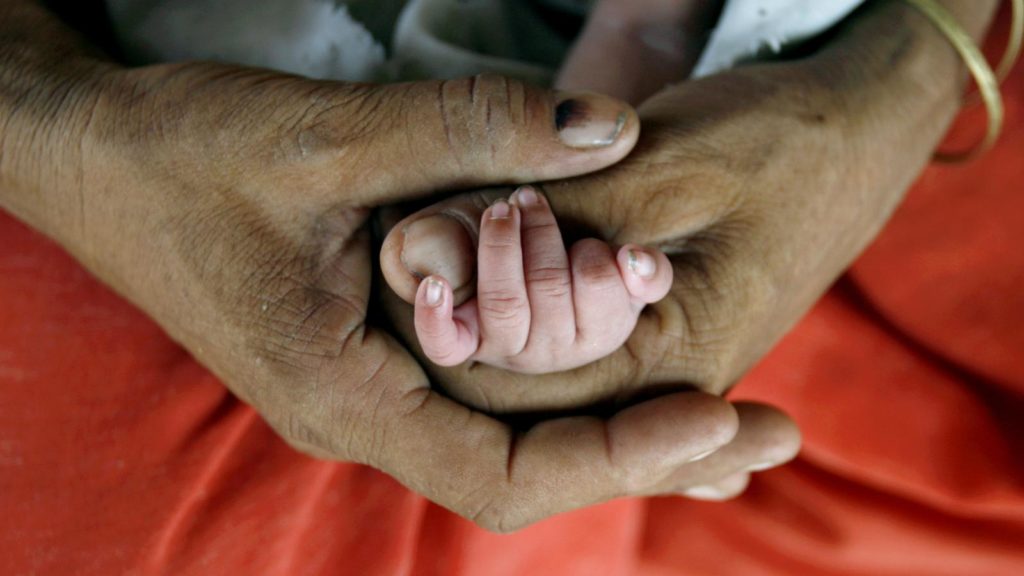 After a hard day’s toil, I would have left my office at the closing time 6:00 pm that day. But unlikely, I prolonged my stay for an hour followed by an extra load of work. I was making a report on the Safety to be presented to a new prospective corporate client for their Health, Safety & Environment (HSE) department to get a Consultancy project from them. Ascertained by their visit, an order was levied to complete the assigned work in stipulated time. I left the office at 7:00 pm and drove straight bound to Saket Mall in New Delhi area.

Rahul, a friend of mine had notched a high rate success in CAT 2014. Moreover, to celebrate the joy of his success he had thrown a treat at Albake, an Asia fame restaurant in Saket Mall. 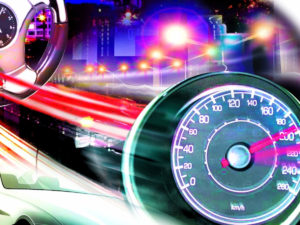 The due reaching time was 7:30 pm and I was already late. It would take not less than an hour to reach over there and I was well acquainted with the unusual reactions I would be showered at the late reach. Yet a hope, which governs at most instance, was there to reach at flying speed. 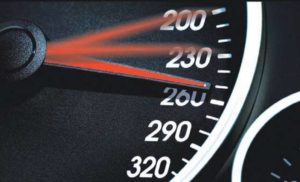 Without losing a minute I took to Saket, least concentrating over steering and more around party – drove off at the most incredible speed. To proportionate the speed with time, I had looked twice into my watch and pressed the accelerator to the maximum take.

Unfortunately, having drove frantically some ten minutes of the distance the unexpected tossed around abruptly! While trying to overtake a small car, I lost the control over steering and my car got struck against the divider. It tossed and turned from side to side and immediately dragged off the road towards the left. 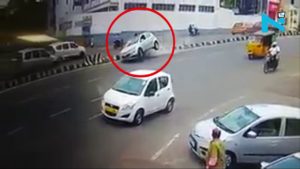 Fortune favored, I survived but sustained minor fracture and bruises all over the body. I was in a deep state of pain but not out of wits, was cursing myself for the reason I had met the cause. Soon, frequent honking of cars echoed around as if I had blocked the road. When looked out on the road through the broken windows, I saw the same car, which I tried to overtake, was standing parallel to mine. I thought, had it come to extend help and wanted to be sure whether I was in life. 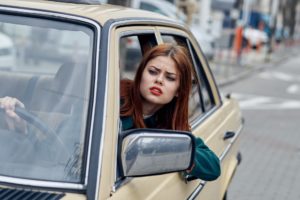 Having seen a woman inside, I waved my hands in hope but with strained access could hardly speak a sheer sentence of help, “Could you help me please…?” when instantly she interrupted in-between and said, “Good for you! But you are lucky” and sped away. I was stunned! To her offensive and heartless reaction, I stayed dumbstruck and agitated but what little could I do than to comfort myself and capture the number in my eyes written in bold, ‘DL-Y-1900’ on the number plate of car.

Now, instead of attending party, doctors and friends attended me in the nearby hospital. Everybody alleged, “Nothing is more important than life”. “You could have come late, but safe!”. Rahul, who is usually aroused in anger often at late arrival said this time, “Life is more important than party and friends….”. I was smiling at the hypocrisy of Human Beings and how they change personality based on opportunity.

I repented this mistake not as ever before for, I meted out to myself. Simultaneously nothing ever tormented me rather than the unusual behavior of that woman. However, a week passed in the hospital bed and I was roaming around the answer for, how could she behave that way?

If had she a little humane preserved, cruelty and rudeness would have never overpowered her conscience, I thought. Later, weeks after the accident I was back to office and on the very first day, sitting in my office chair and racked by the familiar desire, I thought, “Better to come out of a way to meet and seek explanation, for why she behaved silly.  Else, I would not be at ease until knowing the reason behind her such conduct or preferably misconduct. If by chance I happened to meet her, I might elaborate the two chapters, ‘Morality and Humanity’ to her poor knowledge”. The woman inside the car had looked mature in her early thirties but her deportment to such a serious accident with frivolity and fun making mannerism haunted me ever. Therefore, it was better to make out a way as early as it could be.

After the office time, I left for her hunt and reached at a ‘T’ point, from where diverges a road for Saket, on which I had met with the fated accident weeks before. At that point, there were some paan shops where I parked my car. Having waited for more than twenty minutes I was struck by, ‘if she be a daily commuter then only would pass by, may be at a time difference of few minutes,  else I should let the spirit of retaliation and seeking explanation go easy’. Last time, when I had met with the accident, she encountered me around 7:15 p.m. but it was already 7:30 and I was about to drive back home.

Soon, I saw a same small white car appear from a distance and I fixed my eyes on the number plate. When it reached close, the same number read as, ‘DL-Y-1900’. I was rather happy to see her and followed, to where she would go. Driving for an hour, she took a U-turn under a flyover and after two minutes of the straight drive opposite in the left, there was a multi-storey building where she drove into the basement parking. I too followed her and parked my car in the opposite row. Before, she would come out, I approached near, and wished a harsh evening and questioned gravely, “Do you know me?” Seeing me wrapped in wrath and anger, she looked into my eyes and responded, “Have we met before?” 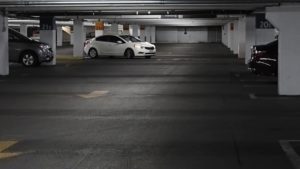 To her oblivious response, I said “Yes, last month on the Saket road when I was yelling out in pain, did you not wish more severe and sped away?” She frowned at me and spoke apologetically. “Yes, I did, but…was that you? I didn’t wish pitiless goodbye intending to be that you inside”.

After listening her discourse, I asked gravely, “What do you mean, to be that?”

“Yes, I meant, what you understood exactly”, “I did not know who was inside the car but least I knew someone driving madly had met the accident”. Further, she asked, “Were you not driving rash and mad that day?”

I replied, “Yes, I did, but I was late, and you were driving on too slow on the right lane. I was just trying to overtake you. And I met with the unfortunate accident. But what made you so sour?”

“It’s not just about me, it’s to do with all who want to drive safe back home and morons like you kill them halfway. Those who drive frantically risking others life more than theirs on the road, I can’t extend my help or wish good to them ever.”

“The interesting behavioral pattern of over self-confidence and tendency to blame others, subdue the aspiration to improve oneself as a safety-conscious driver, which eventually leads to accidents.  People need to come out of this shell of complacency and ensure that they practice & promote safe driving which starts from self-discipline. Do you know that WHO predicts that road traffic injuries worldwide will become the fifth leading cause of death by 2030 – more than HIV/AIDS, Diabetes, Tuberculosis? 4-wheelers account for more than 20% of all the road accidents in India!”

I intervened, “What is it, so much personal to you?” 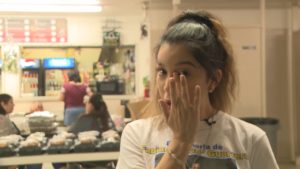 “Yes, I do have personal and unhealed emotion yet”, she said wiping tears rolling down her cheeks. “Last year, from the account of an eyewitness, I came to know that a man driving rash rammed his car into my husband’s and left my husband and five-year-old son breathe last on the road. Later, I got a call in the morning to receive their dead bodies from the central hospital of the city. Since then my joy of life is snatched away. I do not know exactly who brought the end to my happiness, but I am sure he might be someone like you – a heartless scavenger of happiness.”

“Moreover, I am relieved seeing the killers ailing in pain. Everyone who drive this way, risking others life on the road, in them I see a killer”. 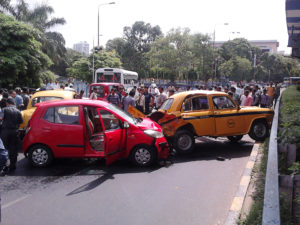 Further, in half consumed words she said, “Thank God! I was not killed that day when you madly overtook my car otherwise who would have been looking after my old in-laws?”

Now, having listened to her, my anger vanished away and I tried to soothe and placate her, stroking softly on her forehead and realized that there could be no reason stronger than to drive safe without risking  own life as well as others, least for those innocents who are behind every one of us to shed tears and suffer.

I thanked God for not culminating my madness into any deaths before, and her tears washed my indiscreet forever. At last, I said goodbye and seek pardon on behalf of that anonymous who killed her husband and child. While driving rash everyone is like that man who rammed his car into her husband’s, leaving him cold on the road. 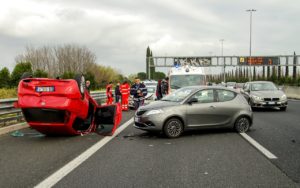 When I returned to office next day, I focused on my report on Safety with a focus on Road Safety. I was overwhelmed when I researched the Road Safety Conditions in India. To my amazement I found that in 2018, there were around 151 thousand deaths due to road accidents in India. Driving under alcohol influence, hit and run cases, and general traffic violations resulted in almost 80 percent of the accidents being the driver’s fault. Citizens aged between 18 and 45 years were involved in about 70 percent of the road accidents.

Which means that in the time you have read this story in last 15 minutes, 5 people have already died in road accidents in India. Road accidents can cause enormous human suffering. Other than the irreparable loss of human life that it may cause, it can drive a family into depression, despair and poverty as the survivors and their families struggle to cope with the long-term consequences of the tragedy. 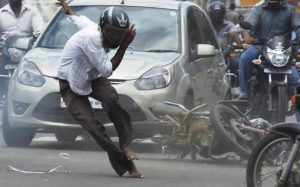 He is born and brought up in the eastern state of Bihar, hailing from a middle class background but a progressive family keeping human values and morals at high level. Formal education completed from St. Xaviers, Muzzafarpur, Bihar. Completed graduation from Delhi University. Writing is his passion and the most sought after pass time hobby. He loves to read too. Books of versatile themes are a perineal source of enrichment for him. He is also engaged in collaborating to organize group discussion, seminars, poetry sessions and many more such creative forums with other enthusiasts. Working with NGO’S and many such self-help organization is a pleasurable extended task in his resume.