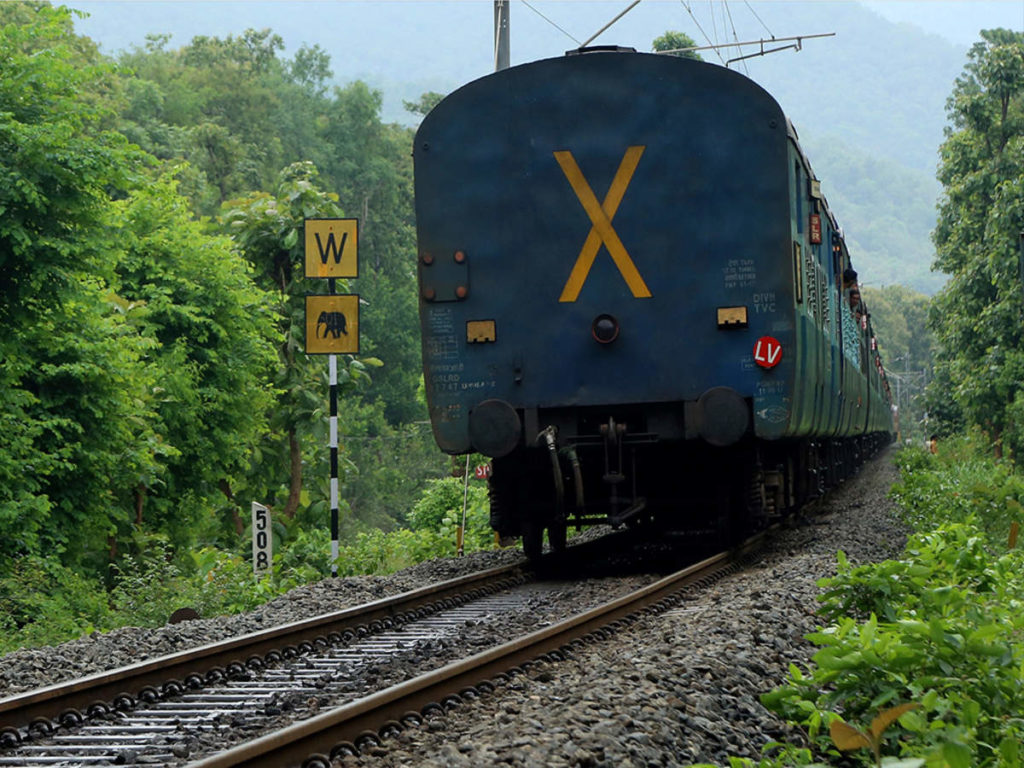 Deep inside, Sheetal was very scared inside the train. The train was stranded inside a tunnel.  She always enjoyed the sight of peering through the windows and watching the train zooming inside the tunnels.  Longer the tunnel more is the fun. This time, the train was passing through the tunnels at night-time, so Sheetal could not enjoy the ride as she slept. But here, the fun ride turned out to an unpleasant experience.  The train had made an abrupt halt in between a tunnel. 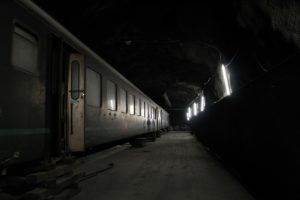 It was all dark, and she could see ghost like structures moving around. She started remembering her mom and papa dearly and was crying bitterly. Suddenly, like a whiff of hope, she saw everyone around her clapping around. It was DCP Satyajit Kapoor, with his group of policemen who had come to rescue them.  Was it the light at the end of the tunnel they were waiting for? 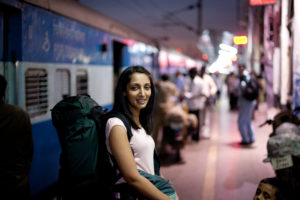 Sheetal was a reclusive young girl, aged 16 and was traveling for the first time out of Mumbai alone to meet her grandparents at Kankavali via the Konkan Railway route. Her mom and dad were working and had sent her off to spend the summer vacations with her grandparents. Her grandpa and grandma were to receive her at the station and take her to her native place where she was supposed to have a blast. She was careful not to venture out of the train throughout the journey as advised by her parents and kept to herself throughout the journey. A teddy bear and the music in her iPad were her companion and a source of comfort for her throughout the journey. Her parents were to join her at the end of her vacation and take her back home. 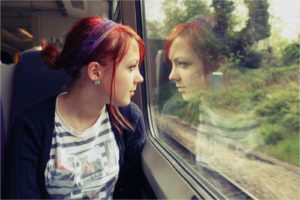 Everything was according to the plan, but fate had it otherwise for the little girl and her co-passengers. The last three bogies, one of which where she was sleeping got detached itself from the main train in the middle of the night and was stuck in a deep tunnel. Some of the passengers got out from the train but were dumbstruck as scary figures greeted them along the way. The passengers were dumbfounded and could barely speak till the Police team had arrived to give them a glimpse of hope.

The next day morning, her grandparents who had reached the station to receive Sheetal were in deep grief as they got the news that the running train had already lost its three bogies which had led to a frantic search of the missing persons. Sheetal’s father, who had contacts with the higher ups in the State Government tried to use the connections to locate her at the earliest but was deeply worried as no positive news was forthcoming from the Police. The news spread like wildfire and was the main Breaking News in all News Channels.
“Where are the missing bogies?”
“Did they slide down a deep valley?”
“Was it an attempt to kidnap by some vested interests?”
Things were made difficult due to sudden and heavy unseasonal rains over the area which made movement of the Police personnel and the rescue and search team very difficult. The question in everyone’s mind was how three bogies of an Express train can go missing like thin air. It can’t be possible. Various conspiracy theories were being spun by one and all.

As 48 hours passed by without any trace of the missing persons, the Chief Minister of the State called for a meeting of top Police officials and bureaucrats as it was becoming a matter of grave concern.  The incident was getting deeply embarrassing for the state officials.  Amidst all this mayhem, a local tantric (occultist) residing by the hills was becoming famous and was catching attention of the amused people and also attracted media.  He declared the case of the missing bogies due to the possession of some evil spirits around the tunnel. He pointed out an unfinished railway track beside the tunnel. Work was in progress in this track, a year ago. The workers were being harassed by the contractors and were grossly underpaid. They were made to work like donkeys when fate had it that one day, there were heavy rains and boulders from the hill descended upon hundreds of them while work in progress and crushed them to death.

Since then, the work of the track was left unattended and a fresh railway track was laid successfully into a tunnel which took trains from Mumbai to Mangalore and beyond. The tantric declared that this unfinished railway track led to an invisible apparition where the bogies may have got lost. He warned the people not to beyond the unfinished tracks. Myths regarding the spirit of the dead workers surrounding this place were already a part of the village folklore and no villager dared to hover around this place. But they remained only a part of local grapevine.  These ghost stories from where the bogies were believed to be missing irked the families of the missing and were causing a massive embarrassment to the Government. The tantric was demanding that a massive divine ritual was to be conducted and compensation to be given to the families of the dead workers so as to relieve the spirits and rescue the missing bogies. 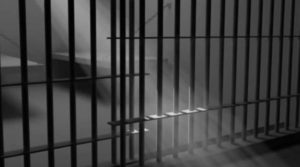 The State Administration was fuming at the tantric.  Already, the case of the missing bogies was getting problematic and this man was raking up the old case of workers caught up in an accident many years ago and seeking publicity.  The Police arrested the tantric for making concocted stories and cheating the gullible and started clearing the area from nuisance from the crowd as the area was becoming more like a tourist spot. Here, the dad of Sheetal was getting more and more worried as no credible information could be gathered by the Police even after 4 days elapsed since the incident. News of two to three constables gone missing from the spot also spread like wildfire. It was difficult to confirm whether these constables were really missing, or these stories were concocted. The tantric was continuing to warn people from behind the bars regarding the impending dangers of the spirits lurking around the marked area. The Media went after interviewing the Sadhu in jail, the villagers, and the families of the missing persons. Even the families of the so-called missing constables were not left by the Media.   The State Government blocked the internet services as the situation was getting out of hand and the incident was started to get mocked by foreign media.

The top brass of the Police investigating this incident were being transferred by the furious Chief Minister for inaction and lack of seriousness in solving the case of missing bogies, which had become a sort of outrage and the Government just could not face the ire of the people, the taunts of the media and the heat of the Opposition leaders. The no-nonsense cop DCP Satyajit Kapoor was handpicked by the CM to take charge of the situation which was letting out of hand. DCP Satyajit Kapoor assessed the situation quickly and rushed to the controversial spot from where the bogies were believed to be missing. He ordered his team of Policemen to follow him. The fire brigade, Ambulance and emergency medical services were kept ready for any emergent situation.

Deep inside, Sheetal was very scared inside the train. It was all dark, and she could see ghost like structures moving around. She missed her mom and papa dearly and was crying bitterly. Suddenly, like a whiff of hope, she saw everyone around her clapping around. It was DCP Satyajit Kapoor, with his group of policemen who had come to rescue them.

The next day, the followed Headlines hogged the limelight in all the daily newspapers. “The case of the missing bogies enters its sixth day. DCP Satyajit Kapoor goes missing”

Death is a mystery; its ignorance puts a veil before us and keeps us guessing.  We believe the unknown and disbelieve the known.  Train no. 4213 keeps missing. 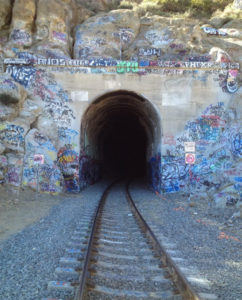