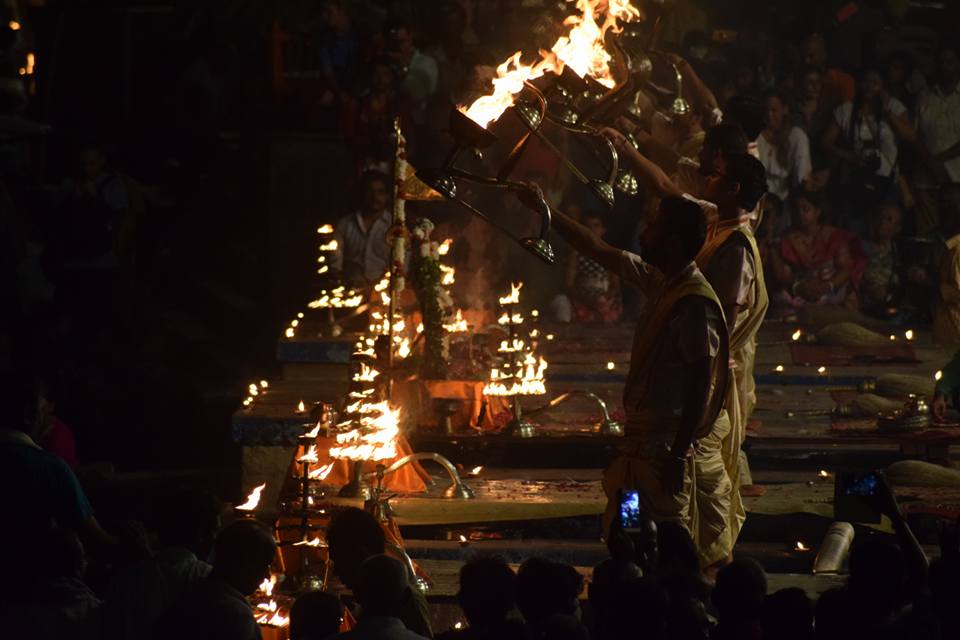 A city where death sells

A visit to Varanasi can tell you many stories about the cultural heritage of India. But my story will surely showcase this epicenter of Hinduism, from a different perspective. With no offense to anyone, this is not just a work of fiction. So, brace yourselves.

Manikarnika ghat, where the dead never sleeps, depicts the mere as well as the cruel truth about life and death. Wandering on the steps of this ghat (river bank), I witnessed the very fine line that exists between life and death. Though the hovering smokes and ashes always congest the air nobody seems to complain about that. 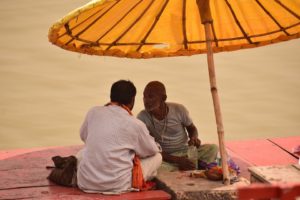 What more to complain about when close ones travel the path of death; leaving life behind.

At first, the suffocating smell of dead bodies getting burned did trouble me but just when I was thinking of leaving I saw him.

An old man too old to die was standing on the edge of the ghat and chanting mantras before transferring the dead to the fire. Our eyes met and we shared a glance. He came to me to talk. Guess what his first question was;

Who was I? What was my name? Where do I come from?

He asked me which caste I inherit.

I was not startled by this question because, in Varanasi, you can see the Hindu religion scattered all over the Ganges in bits and pieces.

We started our conversation with the exchange of the knowledge that we both were Brahmins. He seemed a bit shocked seeing that I was roaming there; a Brahmin (Higher caste in Hinduism) unmarried Indian girl with two Americans, a Chinese from Taiwan and a civilian of New Zealand (they were all my beautiful friends that Varanasi gave me).

In the first place, he tried to convince me how pure and blissful birth I have got being born as a Brahmin; and then he went on introducing me to my religion and my country (less focused on the later).

I was not enjoying the talk much but then he told me a story, which I will remember until the day I die. 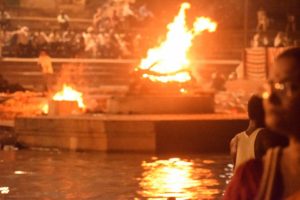 We were standing on the edge of the Manikarnika ghat, beside the heap of logs that are used to prepare the Chita; the entire ghat and the Ganges in front of that was like the long shot of the camera. There stood an old worn out building with very selfish windows. They were so small that they can charge you money for a little peak to the wide sky.

When he noticed I was staring at the building with a steady glance, he pointed his finger to it and said- “Do you know what is that?” with a very obvious nod I answered “No”.  His eyes dazzled up for a moment with the joy of telling something about himself.

He said- “That is a place where the would-be-dead people are kept.”

Till now I was barely looking at him after the first glance but my eyes moved to him straightly after hearing his words. His eyes dazzled a bit more with the joy that he finally got my attention; that I am finally listening to his words with an actual curiosity. I did not interrupt him and like a conqueror, he went on telling me.

“I was born in a family of Hindu Pundits; my father used to do the Kriya Karam(cremation ritual) for the dead that is brought here. I am also bearing this responsibility from ages. My great-grandfather built this house. When a person is about to die; lying on his/her deathbed, he/she waits for death to come to the family members bring him/her here. I chant holy mantras to each one of them every night going near to their beds and I pray for their souls. They are kept here so that they can be taken to the Chita without wasting any time. The sooner a bed becomes empty with one passing the faster it gets taken over by one about to pass out. This is Life; where nothing stops, nothing waits, not even death”

I was feeling something I do not know the name of but I stood up to leave. Right then, he stopped me for one last time and said-“Won’t you donate some money after hearing all this?”

I was startled this time but could not utter a single word. I was dominantly reluctant to give money but don’t know what happened; my hands went on to my wallet I took out a 100 rupee note and quietly dropped it into his Jholi(a big pouch) and left. 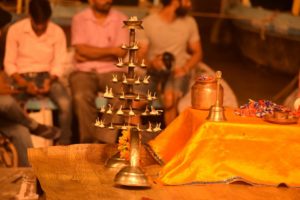 When I came out from there and asked myself why did I give him money?

I responded with a smile and a bit of silence.

My heart whispered to my ears- ‘This is the land, where death sells.’